Since the start of the school year, the students from Shanghai French School and DSS of Yangpu and Qingpu campuses have been taking part in a Franco-German exchange program, which is fully in line with our Eurocampus project, which celebrates its 25 years!

On October 30, the students of Troisième (Grade 9) that learn German language at Shanghai French School and the students of the 9 Klasse (the equivalent of Troisième in the German education system) that learn French at the DSS, were thus able to exchange during meetings in the form of “speed dating“. Those meetings are an integral part of the preparation for the Franco-German exchanges which will take place in January 2021.

The students from Shanghai French School will then share the life of German students both at school and at home for 4 days. It will then be the turn of the DSS students to experience the life of a French student at school, but also in their new host family. 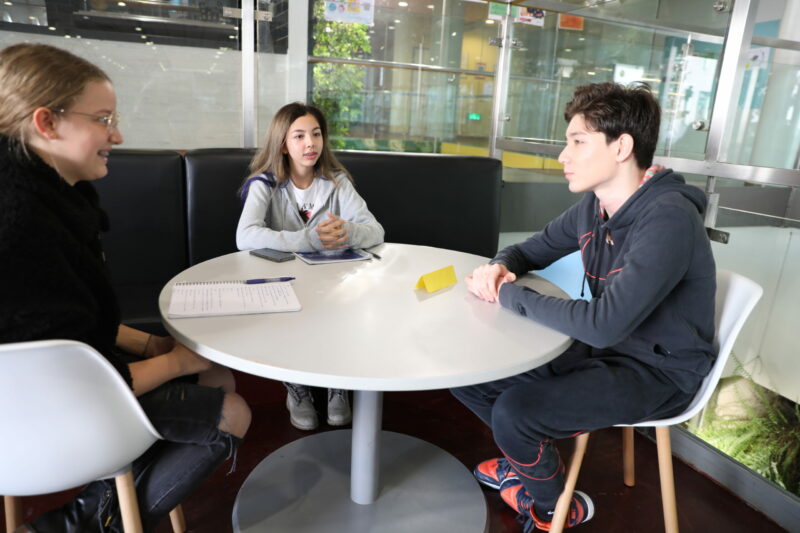 The first contact was made with letters, cards and small gifts sent from one class to another. This in-depth writing work was directed by the three language teachers who lead this project.

Impatient to discover each other, the students were able to meet in the Piazza, in Qingpu, 3 minutes per meeting! They were thus able to get to know each other better before choosing a student from the other school in order to share this unique experience.

On our two campuses, Shanghai French School students can start learning German from Cinquième on (Grade 7), for 3 hours a week.