Openness, tolerance, solidarity, Shanghai French School and German School Shanghai have been sharing not only 2 Eurocampuses but also the values together since 1996. They celebrate their 25th anniversary in 2021 with many events, bringing together over 3000 students from 3 to 18 years old and 2000 families. The campuses welcome over 47 nationalities and provide the highest standards of European education in Shanghai as embodied in the opening of the second brand new Eurocampus in Yangpu District.

In 1996, just under a thousand French people lived in Shanghai. At the request of the Consul General and the Economic Expansion Post, some families decide to create a French school in Shanghai, with 23 pupils from kindergarten to the end of primary school, on the site of the Cypress Hotel. This is how the French School of Shanghai was born, thanks to the invitation made by the German school, created the previous year, to share its premises and benefit from its Chinese authorizations.

From the 1997-1998 school year, French and German schools welcomed more than 130 students. Children not only share the premises, located in four individual houses of the New Asia Rainbow Garden residence, they celebrate together such holidays as St. Martin’s Day, Halloween, Christmas and Chinese New Year. The French school is approved and the college is born with 5 students!

In 1997, the schools moved to the Jin Hui Lu site. They were the first real school premises with a small gym, library and science lab! At the inauguration, Pierre Morel, Ambassador of France to China and Jean-Pierre Bourrel, Consul General of France are at the first lodges to applaud the efforts of the Management Committee and the team of 15 teachers. In 1998, we started the year on a good note: the agreement with the Agency for French Education Abroad (AEFE) for primary school.

At the turn of the year 2000, 283 French and German students were attending school. New premises are being fitted out in addition to the existing building to accommodate children in the best possible conditions. A project to explore China and its culture is set up to allow students to come into contact with the world around them. With its German roommates, the French school is learning to live in the time of Europe. In the same vein, small structures such as the Italian and Dutch schools provide their lessons in our premises outside of school attendance hours.

In June 2001, the first two students of the EFS took the bac exams in Beijing. The results are not surprising: 100% received with honors!

At the start of the 2000’s, our school was the one that made the fastest progress in the Asia Pacific sector. Hence the need to strengthen the administrative and educational teams and to set up councils and committees to better manage the establishment. Joël Bellassen, Inspector General of Chinese, travels to Shanghai to reflect on ways to optimize the teaching of languages, such as Chinese, for years to come.

It was in the 2002-2003 school year that the first Common General Assembly was organized to decide on the future of the school. The project to build a new campus, still shared with the German school, is 80% approved. In the meantime to compensate for the growth in numbers, kindergarten is relocated to new premises on Hongmei Lu. On January 22, 2003, the 40th anniversary of the Elysée Treaty is celebrated while music with choirs and Franco-German orchestras in the presence by Jean-Martin Schuh, Consul General of France, and his German counterpart.

With the validation of the new school project, the French and Germans decided to continue the cohabitation started almost ten years earlier. A special force is responsible for monitoring the work. From September, a jury chooses the winning project among the four proposed. The “Europiazza” by Bau.werk architekten / Brandenfels takes the top honors. The land was purchased in Qingpu District and the foundation stone was laid in June 2004. Work on the new school is progressing normally, under the watchful eye of a small group of parents. The opening is scheduled on time, at the start of the 2005 school year.

The opening of the Eurocampus in Qingpu is proceeding as planned with 830 French students. The new campus was officially inaugurated on November 19, 2005 by Jean-Pierre Raffarin, French Prime Minister, and Wolfgang Rôhr, Consul General of Germany. We immediately attack phase II of the Eurocampus which provides for the construction of a Fine Arts Center, which is finished in 2006. The following year is signed the agreement with the AEFE which binds the French school of Shanghai in a lasting way. with the National Education. With the agreement, the school becomes a baccalaureate examination center. We are prospecting near Pudong for the development of a second campus.

The new Pudong Campus was inaugurated with great fanfare on November 14, 2008, in the presence of Hervé Ladsous, French Ambassador to China, Thierry Mathou, Consul General of France and William Nguyen, AEFE China-Asia Action Coordinator. The new annex accommodates 90 students from kindergarten to CM2. But this is not the only novelty of this new school year, we are also launching specific language programs in English and Chinese.

The 2009-2010 school year with a new name for the French school in Shanghai, which became the Shanghai French School (LFS). We are consolidating what had been undertaken the previous year: development of Pudong, continuation of language courses to other levels and opening of the pool in Qingpu.

In 2011, the association of former students of the Shanghai French School was created. 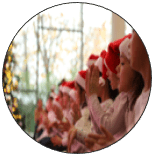 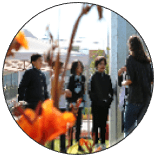 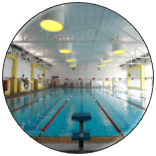 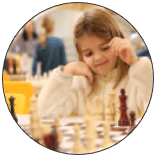 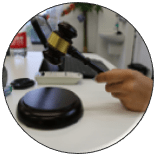 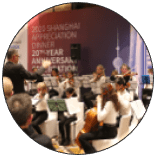 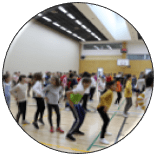 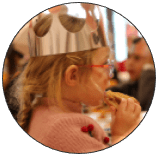 A moment of sharing around king cake 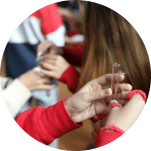